An Appropriate Color For This Franchise

The Cleveland Browns arguably have one of the most glorified histories of any NFL team.  They were the first example of a success story from a rival league winning the championship, nearly two decades before the Super Bowl Jets.  They had the genius of two namesakes–its actual founder, the legendary coach and general manager named Paul, and an iconic running back names Jim–to lead them to continued success, peaking in 1964 with an NFL championship game shutout that placed them at the time in the conversation with the Green Bay Packers (who were yet to win the first two Super Bowls) for sport supremacy.

They haven’t won a championship since.  In fact, they’ve only won one playoff game this century, all the more significant since this incarnation of the Browns is an expansion team that the NFL hastily awarded to the city after Art Modell took the original franchise, and the records associated with it, to Baltimore in 1996.  The league was so eager to reinstate Cleveland to the league that for several years they played with 31 teams, effectively forcing the creation of the bye week to accommodate the reality that at least one team would not play in any given week.   This version of the Browns has no technical connection to the performances or personnel of the 1946-95 version.

Since this iteration of the Browns began play 1999, they have been remarkably consistent in being incompetently run, making poor, emotional choices in drafting and in personnel, and frustrating a remarkably loyal fan base in a city that, beyond mid-October, frequently plays games in awful weather in a nondescript venue built for this incarnation that lacks the mystique, charm and size of its former home, the nauseating and cavenrous Municipal Stadium.  They’ve drafted Brady Quinn and Johnny Manziel with negligible success.  They invested in Josh Gordon, who could not gain control of his emotions or addictions.  They traded for Odell Beckham, Junior, but couldn’t keep him healthy or happy. 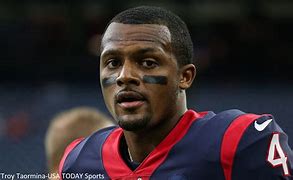 But with DeShaun Watson, they have hit a new low in rushing to judgement, even for them.

Watson was handed a $230 million, guaranteed contract by the Browns this spring, after they traded three first-round draft picks (plus two others) for a guy who sat out the 2021 season while battling allegations of sexual assault from 22 women, most of whom worked at a spa which Watson would regularly frequent while a member of the Houston Texans.  With the help of notorious Houston lawyer Rusty Hardin–the same Rusty Hardin who defended Roger Clemens’ reputation, he has steadfastly maintained those relations were consensual, and has shown little public remorse for his actions.   Once a grand jury chose not to indict Watson, more than a dozen teams showed interest in him.  The Browns, ever the champions of the bad boy with talent, stepped up and offered the Texans by far the best package for his services, and immediately kowtowed to his financial demands. 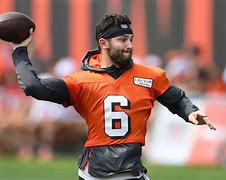 Trouble is, the Brownies already had a bad boy quarterback named Baker Mayfield, one that had led them to their first playoff victory in 18 years in January 2021, beating their arch-rival Steelers and their Ohio-bred quaterback Ben Roethlisberger in the process.   But after regressing to an 8-9 season in ’21, the Browns effectively threw Baker under the bus by trading for Watson and refusing to honor his ensuing trade request.

Now this week the New York Times has reported that the list of Watson’s accusors is more than 60, and the Texans apparently paid for his spa membership as well as NDAs regarding the employees who made the accusations–some of whom were imported from other states on a temporary basis.  In hindsight, it’s understandable why Houston wanted him to get out of Dodge.  And still, Watson remains silent, employed and potentially the face of this franchise.   A franchise that now seems farther from reaching the success level of the Ravens’–current and past–than ever.

The Browns will be conducting a road show of mini-camps this month through Ohio.  Mayfield requested not to be part of it, and the Browns have honored his request.   Watson’s status is yet to be determined.  No question where the attention will be turned if he shows up.  Unquestionably, it will be a sh-tshow if he’s there.