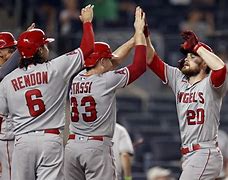 A night after Aaron Judge hit his 50th homer, yet lost to an Angels team which beat them on a home run by Shohei Ohtani, I was able to get a spur-of-the-moment ticket to get into Angel Stadium for tonight’s Yankees-Angels tilt for–$4. 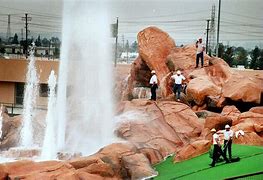 That should give you some idea how much indifference there is now to a team which has underperformed expectations markedly and has been put up for sale by reviled owner Arte Moreno, and whose future in Anaheim is now enshrouded in a limbo resulting from a mushroom cloud of city corruption and greed that saw the resignation of its mayor and a now 56-year-old stadium lacking both the charm and resources of Chavez Ravine, not to mention some truly outdated “faux rock” formations.

May I offer up a potential solution to this morass by nominating a buyer who has deep ties to Southern California, recently missed out on buying a significant professional franchise and who has both the pockets and the track record to right this ship?

Byron Allen, come on down.

Allen, the chairman of the now-eponymous Allen Media Group, now controls a massive library of content, a distribution company several networks including The Weather Channel, more than two dozen broadcast TV stations and several fledgling digital entities.  He’s one of the wealthiest African-Americans in the country, and a visionary with a passion for success and is more influenced by,the legacies Andrew Carnegie and Henry Fod than he is those of Redd Foxx and Ted Turner.  As he remarked to the online entertainment news site THE WRAP last week:

His professional conquests have always aligned with his personal goal of promoting racial equality. To enact change, you have to be at the top of the food chain.

“Don’t just play the game, own the game”, Allen told  Office With a View. 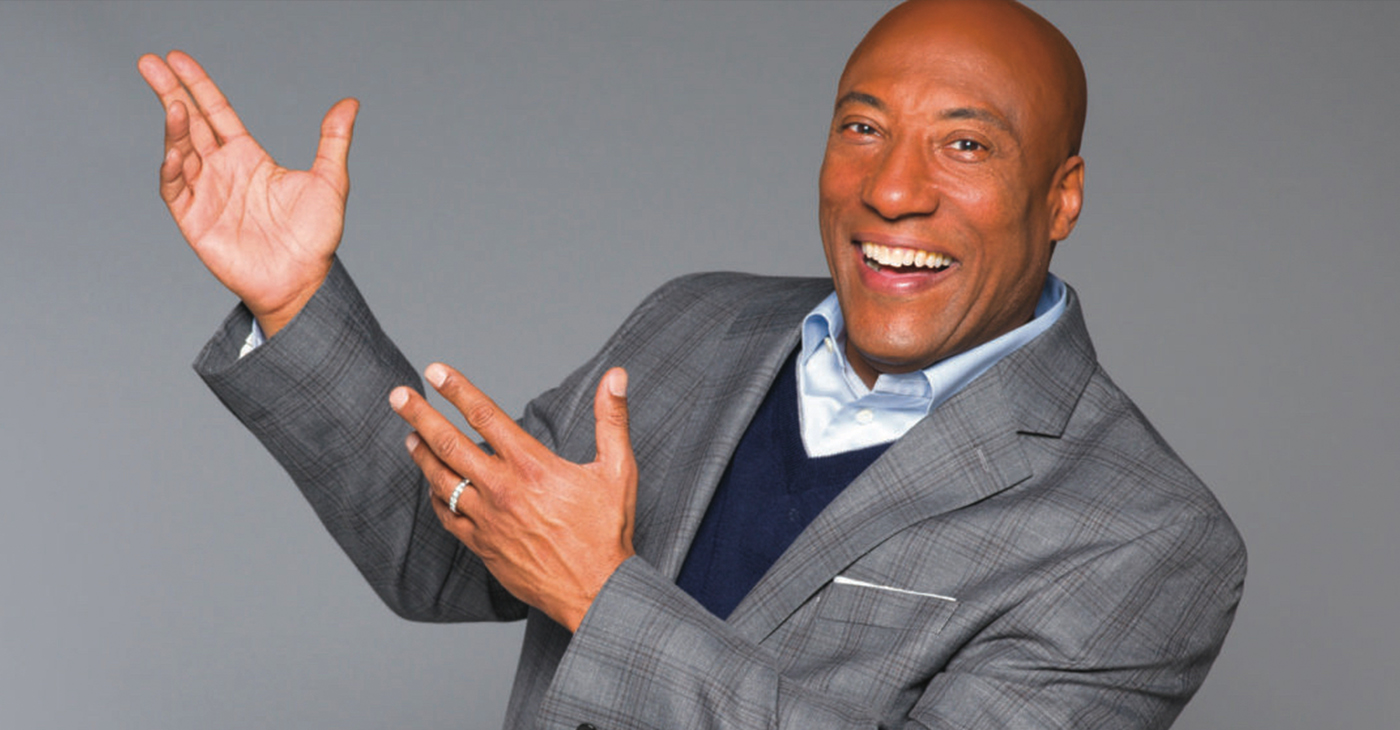 While Allen is focused on finding his way into the NFL, perhaps the opportunity to reinvigorate the Angels, who are currently valued at a mere $2.2 billion, should be explored.   With Derek Jeter’s recent exit from the Miami Marlins, only Magic Johnson is currently among the ownership ranks of any major league baseball franchise.  Competing with a Dodgers franchise with the halo of Jackie Robinson’s legacy, and trying to eradicate the stink of the first Mexican-American owner (Moreno) leaving this franchise in disrepair, the Angels appear all the more inadequate.

Allen not only has the resources to shift the narrative, but he also has the ability to attract African-American talent both as performers and allies.  If Anaheim doesn’t want the Angels, then the opportunity to build adjacent to existing stadium footprints in Inglewood (Rams, Chargers and eventually the Clippers) or Carson (Galaxy) and create a new playpen for the Angels exists.  He has the potential to build up adjacent areas to support the growth of youth baseball in these areas, ensuring a long-term fan base that is otherwise underserviced.   He can retain stars like Ohtani, who otherwise may be heading away from the Angels, and reinvigorate the aging, injured Mike Trout. 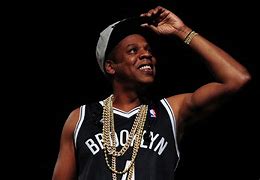 He can do for these areas what the likes of Jay-Z did for the Nets when he moved them to Brooklyn, creating a entirely new relevance and importance for an otherwise second class citizen in their city.  Even more importantly, he can make good on another part of the vision he articulated for THE WRAP.  In his own words:

If you have amazing talent, play it. But you should also use this muscle as well — your brain. And buy it, own it, manage it, pass it on to your heirs. And I think when you own a team like that, more people care about what you have to say. For me, I’d love to own a team, but I do want more people to hear about what we have to say and how we can help make America better.

For a team that’s as needing an infusion of maturity and stablity as are the Los Angeles Angels of Anaheim, it might not immediately make America better, but it sure would put them a step closer to doing so.  And I bet more tickets might go for double-digits again as a result.