Adding Apples To A Balanced Diet

Amidst the usual news on new devices and hardware that came out of the Apple online event that was held yesterday was an announcement on content that to me offered more about why I’m a lot less likely to get an Android phone any time soon.

As had been rumored for weeks, Apple TV+ will enter the live sports arena later this year with Friday Night Baseball.  As Forbes reported, each Friday night a doubleheader will air exclusively on the platform, along with a pre and post-game show.  They will be produced by Major League Baseball, so they will look much like games airing on their network and, recently, on FOX.  They will also not be subjected to local blackout rules, as has been the case for the MLB.TV online package.  Finally, for a sport that desperately needs a fan base and a revenue stream to supplement an aging core audience with lesser technical expertise, these games will also be available in seven other countries beyond the United States, including Canada, Australia, Brazil, Japan, Mexico, Puerto Rico, South Korea, and the United Kingdom.

Ah, one small hitch in this plan.  There’s this thing called a lockout that is indefinitely suspending the major league baseball season.  So Apple TV+ isn’t stopping at baseball.

It’s been reported by numerous outlets that ATV+ is seriously bidding for the NFL Sunday Ticket package and is in an arms race with Amazon to get that crown jewel of content.  Amazon, of course, already has FOX’s Thursday Night Football package and will reportedly hire ESPN college football analyst Kirk Herbstreit this week to be the color man for these broadcasts.  But Apple isn’t stopping there.   New reports surfaced this week that in addition to the Sunday Ticket rights Apple is discussing a deal that would add online livestreaming rights as well as an equity stake in NFL Media, which includes the NFL Network itself. 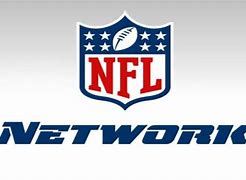 For the NFL, for as radical as this sounds, it’s actually consistent with a playbook that every thirty-odd years saw a natural evolution in how and where its games were shown.  In 1960 the sport expanded its relationship with CBS and the American Football League inked a deal with ABC to show its games.  Ten games every Sunday were now available on TV, and the sport quickly became the industry’s highest rated.

Flash forward to the mid-90s, when the league introduced Sunday Ticket to the incipient DirecTV and inked its historic deal with FOX that accelerated the creation of FOX Sports.  Immediately, the landscape of availability was irrevocably altered.  Major market affiliates shifted to FOX; FOX bought a number of them outright in many cities where their initial affiliates were weaker.  Hard-core football fans (me included) either ditched or supplemented cable to add satellite receivers to their homes to have the luxury of having EVERY game available to them without having to go to a sports bar.

And now, almost 30 years after that, the league is embracing a newly incipient technology to expand its reach.  Any deal will likely include the same global footprint that the MLB package will have, which of course will have advertising and merchandising implications.  And by making games available on more different devices in more different ways to more different generations, it reaffirms that it is dedicated to avoiding the issues of an aging audience.

What the NBA, far and away the youngest-skewing and most globally appealing of the major sports, has already learned is that audiences don’t exclusively consume content watching full games on traditional TVs.  Many follow games through alerts and tweets in Tik Tok-sized video highlights.  As long as they drive awareness and desire to purchase merchandise and products connected with the brand, everybody wins.   The NFL is wise to scratch its 30-year inch to evolve in concert with basketball’s approach.  For baseball, it’s a matter of survival. 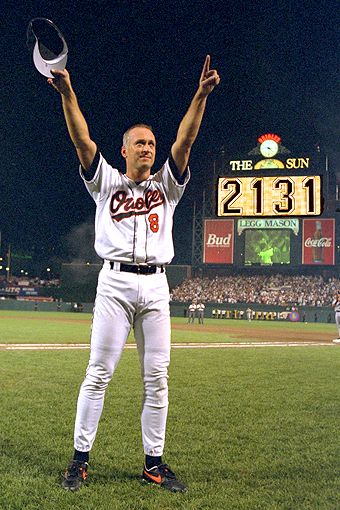 The fact that the NFL struck its dual blows with FOX and DirecTV in 1994–a year when the World Series was cancelled due to the longest lockout in baseball history–needs to be reinforced at a time when we’ve already lost 2022’s Opening Day.  Football took full advantage of a sports fan’s void to become even more dominant.  If baseball doesn’t get its house in order and get back to work soon, football looms to strike an even more fatal blow via technology and ubiquity once again.

And this time, neither Cal Ripken’s consecutive games playing streaknor steroids loom to rescue the sport.  Technology may very well be the only new log the sport can throw on the fire.   When Apple launched its App Tunes store in 2008 MLB offered At Bat, which provided real-time pitch-by-pitch animation and, eventually, video highlights on one’s IPhone.  For someone like myself who once toted an ESPN pager to get scores, At Bat was a gamechanger.   Unsurprisingly, it became Apple’s most downloaded app at its outset.  Friday Night Baseball and its surrounding content, available to a multi-national audience, may be what the sport will need to save itself from itself this time.

And unlike steroids, apples are far healthier for one’s health.