Traffic is gonna come to a halt on the Las Vegas Strip during rush hour tonight, and for a change it will have nothing to do with a bachelor party gone bad.

But there will be a lot of good-looking women with bling, only these are being honored by the entire city.  The Las Vegas Aces became WNBA champions on Sunday, winning the franchise’s first title in its 25-year history and its fifth season being the sole pro basketball representative of Sin City.  It’s the first major professional league championship for Vegas, which after decades of being a playground for gamblers but eschewed as a viable city to support fans, is rapidly proving it’s growing too fast and has passionate fan bases that pro leagues can’t ignore. For head coach Becky Hammon, this is as much of a triumph for true gender equality as any career arc in the league’s history, and testimony that when the WNBA breaks out from the under the shadow of its male support system the sky’s the limit.  Hammon starred for the Aces’ predecessors, the San Antonio Silver Stars, for many years, helping them get to the league championship finals in 2014, which just happens to be the last year their brethren Spurs won their most recent NBA title.  In basketball-mad San Antonio, where those teams were the only major league representatives, Hammon’s accomplishments were so acclaimed that upon her retirement legendary Spurs coach Gregg Popovich hired Hammon as the first-ever full-time female assistant. During her time with the Spurs, Hammon coached the Spurs’ NBA Summer League team, and in an early 2020-21 season game after Popovich was ejected she was the first-ever female to serve as head coach.   But, perhaps with justification, several teams that interviewed her felt she could benefit from additional experience as a head coach.  Rather than go the college or G-League route, Hammon took up the challenge of the Aces this season, and in her first-ever season as a top dog she merely won a league championship.  With the one-two punch of Aja Wilson and Chelsea Gray,  they’re poised for more success. 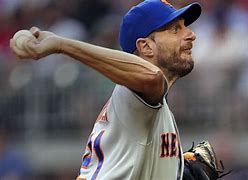 And speaking of aces and success, over in baseball two more teams qualified for the post-season.  After a six-season drought, my New York Mets assured they will play at least two October post-season games with a much-needed 7-2 over the playoff-seeking Milwaukee Brewers last night, with their $43.3 million free agent acquisition Max Scherzer coming off the disabled list to pitch six perfect innings en route to victory, striking out nine of the 18 consecutive batters he retired. This was on the heels of five perfect innings by the equally fragile but now healthy and dominant veteran Jacob deGrom on Sunday, striking out 13 of the 18 Pittsburgh Pirates he retired in order, before faltering in the sixth and leaving after allowing a game-tying three-run homer by potent rookie O’Neil Cruz.

And the Mets will need every possible successful inning of this one-two punch if they advance to the World Series, especially if they were to meet up with the American League’s top team right now, the Houston Astros.  Last night, the ‘Stros officially wrapped up their fifth American League Western Division title in six seasons, meaning they’ve been a division champion for half of their existence in this league.  They’ve arguably got FIVE aces on their pitching staff. 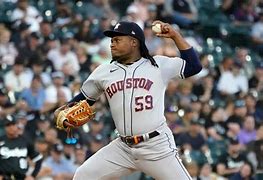 They are being led by the resurrected Justin Verlander, well on his way to a third Cy Young award at age 39, coming off an injury-riddled 2021 to go 17-3 with a 1.78 ERA and a 0.83 WHIP so far.  Three other starting pitchers, Luis Garcia, Jose Urquidy and Framber Valdez, have each won at least 13 additional games, with Valdez’ start Sunday being his 25th consecutive quality start (less than three runs allowed and at least six innings on the mound), a major league record in that category. Valdez may not win the Cy, but at 16-5 with that kind of production, not to mention a team-leading 176 strikeouts, he’s almost a shoo-in for a Fantasy Baseball MVP citation.  Even fifth starter Cristian Javier, a mere 9-9, has held his opponents to a .180 batting average, the lowest of all the Astros’ starters, as well as a WHIP under 1.00.

And should any of these aces falter or get injured (Verlander is currently struggling with a recurrence himself), star rookie Hunter Brown was recently recalled and looms as an imposing insurance policy, not to mention a wild card in relief during a shorter series. 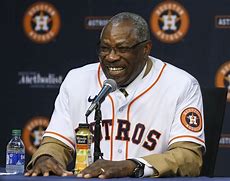 And unlike 2017, when the Astros became the most-maligned champions in recent memory with substantaited reports of sign-stealing that cost Alex Cora a year as Red Sox manager and Carlos Beltran the chance to be the Mets manager, these Astros seem to be doing it legitmately.  And for Dusty Baker, the seventy-something leader of this juggernaut, it’s proof that even older dudes can be top notch.