A Sunday Full Of Yogis

Even if you’re slightly younger than me, you’ve probably at least heard of Yogi Berra.  The Hall of Fame baseball catcher, coach, manager and chocolate drink magnate was a pop culture icon in his heyday, known as much for his mangling of the English language as he was for his prowess as a hitter and mentor.  One of his most popular “Yogi-isms” was, when attempting to explain an unexpected event like the Miracle Mets or the Chris Chambliss pennant-winning home run that gave his Yankees their first pennant in more than a decade, he’d shrug his shoulders, shake his head and say “It Ain’t Over ‘Til It’s Over”. 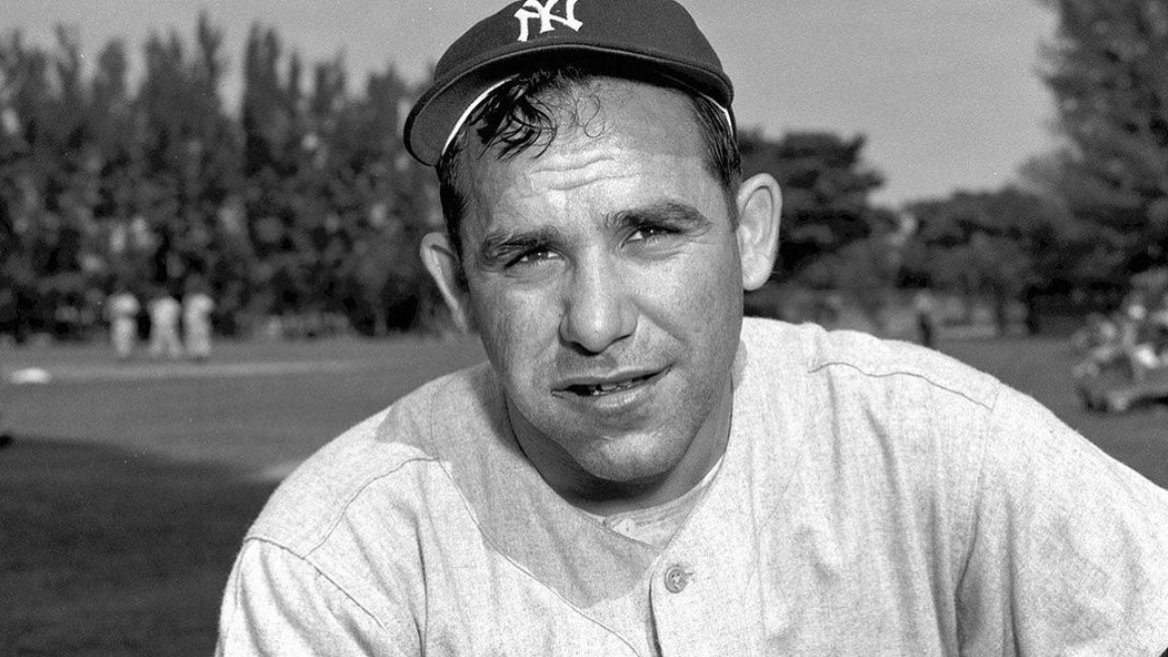 Well, Yogi looked much more like a football center than a home run threat, and he loved watching football, so no doubt he would have been as enthralled as I was by the series of events that made up the second Sunday of the 2022 NFL season.  Exciting?  Clearly.  Ludicrous?  Arguably. 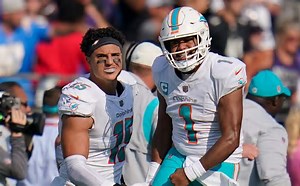 For the last 711 occasions when a team was trailing by 21 points in the fourth quarter, they lost the game.  The Miami Dolphins were team #712 to have that distinction yesterday afternoon.  But thanks to the ascension of Tua Tagovailoa to standout quarterback, buoyed by a one-two punch of receivers in Tyreek Hill and James Waddle that is perhaps unmatched by any other team, Miami roared back and kayoed the Baltimore Ravens (and their own top-notch quaerterback Lamar Jackson) 42-38, moving to an wholly unexpected 2-0.  All Tua did was throw for 199 of his 469 yards in the last 15 minutes as well as three of six touchdowns.  The only other Dolphin quarterbacks in their history to throw for six touchdowns in a game were Dan Marino and Bob Griese.  They’re the only Dolphins who have quarterbacked them in a Super Bowl.

So far.  Yes, the Dolphins are still far from that destination, and Tua still has to prove he can perform at even close to this level consistently.   But they already have a division win and have turned Hill, their expensive off-season acquisition who had been receiving Patrick Mahomes’ passes previously, into Tua’s biggest fan, as NFL.com’s Judy Battista reported:

“I ain’t got to say too much,” Hill said. “All people gotta do is look at the film, who he is, how consistent he is, that last drive it showed who he is as a leader, telling guys, ‘make sure you run the ball to the official to save time.’ 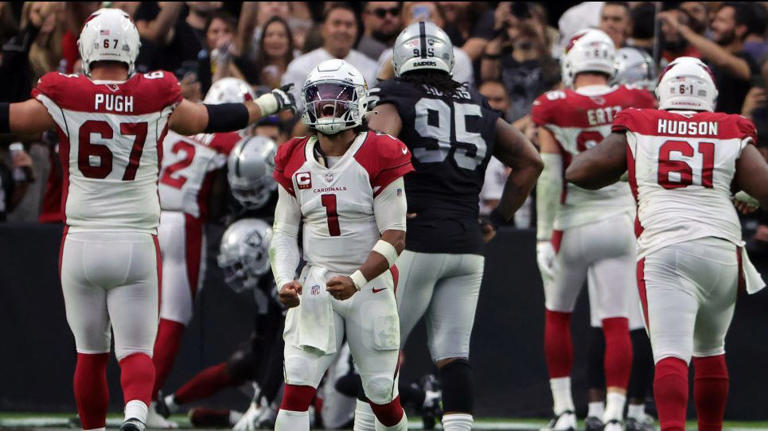 Tua looked an awful lot like Kyler Murray used to yesterday, running around and creating plays.  For the first year and a half of his NFL career the Arizona Cardinals quarterback was best in class, until defenses figured out ways to stop him and their season ultimately collapsed, ending in a blowout loss in the first round of last year’s playoffs to the eventual champion Rams (with yours truly in the stadium for less than $40, thank you).  But yesterday, making his debut in Las Vegas’ Allegiant Stadium, Murray led the Cards back from a 20-0 deficit with some inexplicably athletic plays and a mesmorization of the Raiders’ excuse for defense with a fourth quarter that included a 21-second dance that ultimately saw him rush for a touchdown, and an equally captivating two-point conversion with zero seconds on the clock to force an overtime, which they later won after the second of two consecutive Raiders fumbles that ultimately gave Arizona the win, and its embattled coach Kliff Klingsbury a reprieve from what many believe was a road to being the first firing of the year.

But Yogi loved  New York teams, and the Jets–yes, the J-E-T-S JETS! JETS! JETS!–perhaps led the most improbable comeback of all.  Exactly how unlikely?  Let Jets Wire’s Billy Riccette take over the wheel:

When Nick Chubb scored his third touchdown of the game to give the Browns a 30-17 lead with 1:55 left, the Jets certainly had to think there was no hope. In fact, according to Next Gen Stats, there truly was almost no hope. New York’s comeback was nearly impossible in NGS’s eyes. How nearly impossible?

Less than half a percent. That was New York’s winning probability at that stage of the game. The Jets truly pulled off a miracle on Sunday in Cleveland.

And then?  Well, as Fan Nation recounted, in the words of the late Vin Scully, “the impossible happened”:

That’s when the Jets slammed into action, scoring 14 unanswered points to defeat the Browns, 31-30.

After a 66-yard touchdown pass to Corey Davis, and a successful onside kick to immediately get the ball back, Jets quarterback Joe Flacco marched 53 yards in one minute on nine plays, finding rookie Garrett Wilson over the middle for a game-winning, 15-yard touchdown pass with 22 seconds on the clock. 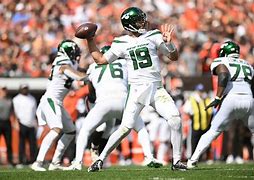 Sure, the Jets were helped immeasurably when Chubb chose to score just before the two-minute warning, giving the Jets a chance to reset and set up the Davis touchdown, and then coughed up the onside kick that allowed Flacco to become a hero in a stadium where he had beaten the Browns several times previously as a Baltimore Ravens star.   And it sure made this Cleveland-loving prognosticator look dumb in the process.

But hey, when you’re a Jet, you’re a Jet, as they sang in WEST SIDE STORY, and when you’re a Jet fan, you’re a masochist.  For one glorious, improbable two-minute segment, for the first time in 21 years, a team trailing by 13 points with less than two minutes to go rallied to win a game.  And, somehow, it was the Jets that pulled that off.

Yogi’s life was chronicled in a documentary called IT AIN’T OVER that premiered last week at the Toronto International Film Festival, and will likely be released this winter.  I personally loved him and will make it a point to go see it.  The reviews from the festival were extremely favorable.

Though I doubt it will be as compelling as the entertainment that yesterday’s pro football provided, in real time.

And, frankly, given the way things have been going for me lately, IT AIN’T OVER needs to be a mantra as much as a Yogi-ism.  Yesterday, there were at least three shining examples that such an attitude can actually pay off.  Thanks for the inspiration, NFL.