A Plus That’s Really A Minus

So yet another + sign was added to the endless array of subscription streaming services today.  The official release of NFL+ to fans and consumers was in my inbox, my in-app alerts and splashed across my screen as soon as I signed in,

NFL+’s most significant move is to move the access to coverage of your local market’s games from a free service that simulcasts the over-the-air feed to a subscription package that was announced as $4.99/month.  When that news came down, yet again the consternation of traditionalists who felt yet again that Big Sport was financially raping the public by taking away something else they believed fell into the category of a public service was screaming across my social media feeds, and, of course, Phil Mushnick’s “media” column in the New York Post, where for decades he has become the voice of the oppressed who yearn for the “good old days”. 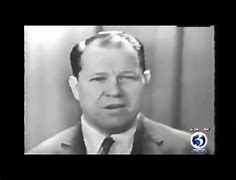 Now I’m advanced enough in age to actually remember those good old days as they actually were–where my pro football was served up exclusively on Sunday afternoons on my 19″ TV, on over-the-air stations, with lots of commercials.  I also remember that at one time my local team’s home games were blacked out, heaven forbid people might choose to stay home and not pay to see their team in a cold, uncomfortable, baseball-first stadium with poor sightlines.  At the time, my family didn’t even own a color TV.  So when a friend of my dad offered to drive us to Connecticut to rent a hotel room to watch a big Giants home game (there weren’t many in that era) on the Hartford CBS affiliate that was the closest signal to New York that carried the game live, we were overjoyed.  And the in-room TV was color!!  Wowsers!! 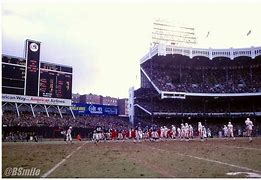 As it turned out, what it cost us for the gas (my dad’s friend was super-cheap), the room, the room service (we were lazy) and, of course, what my mom insisted we give El Cheapo for the trouble of driving us, we spent roughly double what we would have spent had we taken the subway to Yankee Stadium, put on our coats, buy some top deck seats (from a scalper, of course) and a hot dog and actually indeed seen the game in person.

I’m reminded of this when I saw the actual value proposition this morning.  NFL+, which will include not only the regular season local team games but the entire NFL preseason schedule, mostly relegated to local stations in the team’s markets, plus on-demand content, will indeed cost $4.99/month, but for an annual subscription, the total cost will be $29.99.  I paid far more just for the pre-season package for many years.

That’s less than 60 cents a week to have the freedom to not be chained to a TV to watch the game, which if this consternation about COVID variants takes root means that people will again be loath to even watch games together this year (here’s a prayer that common sense takes root before-hand),  If I’m indeed doomed to a lonely fandom yet again, I’d much rather get tens of thousands of steps in, and, frankly, my health is worth waaaay more than 60 cents a week.

A super-fan has the option of adding condensed games and “coaches’ films” to their subscription for $50 more/year–I’m rabid, but I’m not THAT crazed.  Assuming said super-fan would watch that content on off-days, that’s less than a quarter a day.  And, again, one could do that getting way healthier with the freedom of mobility than being a couch potato will ever offer.

So, in the net-net of it all, sure, the NFL did find a way to extract a few more dollars I don’t have much of for me to indulge my addiction.  But with the upfront commitment to what I know I will watch, I’m actually SAVING money going forward, and the actual investment in my HEALTH is, too me, a small price to pay.  On a daily basis, that’s less than EIGHT CENTS.

Phil, I know damn well what Rupert pays you to bitch.  You of all people can afford eight cents a day, and you also know damn well even your poorest readers can afford that.  Christ, they could find a friggin’ dime walking on the street.  Or, perhaps, switch to a digital version of the Post and wind up saving even more to avoid the temptation of using your column to scoop up dog shit on that walk, which might be the best use of your words for anyone.

So sue me, I’m already signed up,  Does that make me a woke sheep?  An addict?  Call me what you want.  I choose to embrace technology and progress and will grudgingly deal with any fear-mongering that will prevent even the hope that people will throw football watch parties this year, and a three-hour walk with the game on my phone will be a lot cheaper–and healthier– than going to a sports bar to sit on my fat ass.

That’s a value proposition.  That’s a net plus for me, and hopefully a few minuses on the scale.  From my viewpoint, although I’ll still snark at the name, NFL+ is a net gain for me, and I suspect millions more similarly educated fans.