If you ever need to be reminded how cutthroat the world of the National Football League is, all you need to do is remind yourself that immediately following the end of consecutive weeks of action there are immediate days of reckoning that bring those who can’t cut it their inevitable fate of job loss.

At the end of the regular season, it’s “Black Monday”, where several of the least successful coaches will become unemployed,  But usually, that list is half a dozen or less, and more often than not they wind up eventually finding work as assistants or analysts that guarantee there’ll be food on the table moving forward.

At the end of pre-season, there are many more lives impacted by “Black Tuesday”, or “cut day”, as it’s known in a nod to political correctness.  With rosters needing to be trimmed from 80 to 53 by 32 teams, my math says that’s 864 men who lost salary and benefits yesterday, which by any measure is lousy news.   And that, in our culture, is fodder for breaking news and speculation.

The brilliant HBO series HARD KNOCKS has chronicled the emotional roller coaster of training camps for 17 seasons, the current one focusing on the underachieving Detroit Lions.  The battle for the backup quarterback slot behind the polarizing Jared Goff was a big part of this season’s storyline, and in last night’s episode the results of the battle between incumbent (and 2021 late-season hero) Tim Boyle and insurgent David Blough was revealed.  As a national TV audience saw on Sunday, the expected results became the unexpected.  As reported by Kyle Meinke of MLive:

Boyle was given the red-carpet treatment against the Steelers, getting an entire half with the ones to go win the job. Yet as anyone watching that thing can attest — and may God have mercy on your soul if you did — Boyle laid an egg. He threw seven passes with the starters, three of which were batted down at the line of scrimmage, and the last of which was thrown right into the numbers of a Steelers cornerback. “What the (expletive)?” head coach Dan Campbell said on the sideline.

A moment later, Campbell is heard talking into the headset: “What do you think of putting Blough in with the ones? Let’s do it.”

It’s not every day you actually hear a quarterback getting the hook. And while Blough didn’t do a lot right until the end of the fourth quarter, when he finally shoveled a touchdown pass to Quintez Cephus in the final minute, he did just enough to win the job. Leading a long touchdown drive while getting the (expletive) kicked out of him surely didn’t hurt, either.

And with that, Boyle became a well-paid, but unemployed, ex-Lion backup quarterback. 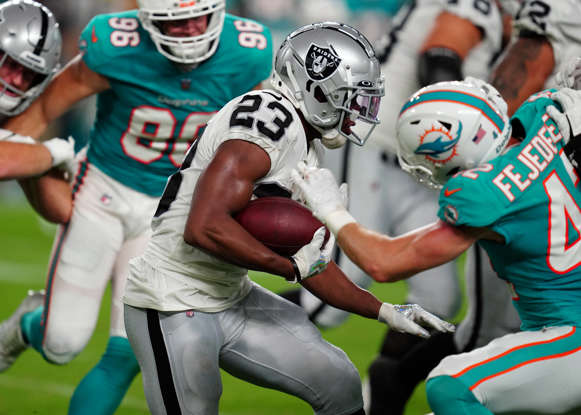 Boyle’s fortunate that he had been guaranteed money.  A few others among the unlucky 864 are likely to land jobs; by the time you read this, several will already have done so.  Kenyon Drake, one of many Raiders castoffs from a new staff determined to purge every misstep from the Jon Gruden era, is reportedly heading to the Ravens, who are in dire need of healthy people to carry the ball besides fragile quarterback Lamar Jackson. 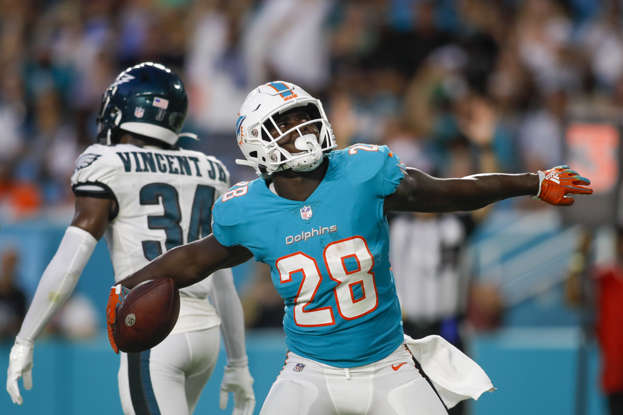 Sony Michel, a Rams hero last season who couldn’t quite crack the crowded Dolphins backfield, is also reportedly heading elsewhere.  So, too, will be ex-Texans running back Marlon Mack, who was beaten out of his job by the remarkable pre-season efforts of rookie Dameon Pierce, cemented by his touchdown run on Prime Video’s inaugural telecast last week.

But for the majority of the newly unemployed, there is no such soft landing.  Many will scramble for taxi squad berths and/or potential chances with the USFL and the returning XFL this spring.  Most will wind up going home, letting their emotional bruises heal, and then hitting the weight room in the pious hope that as injuries inevitably occur their body of work this summer will eventually give them another shot.

Sad truth is, more of them won’t even get that far.

HARD KNOCKS is great unscripted television, but it’s reality television, and on days like yesterday the darker side of reality is reinforced.  We’ll cheer for those who are among the haves, but today it wouldn’t be the worst idea to wish the have-nots well on the next steps of their journeys.